Broken Point (The Traces of Exodus)

Home > Maria around the world  > Broken Point (The Traces of Exodus) 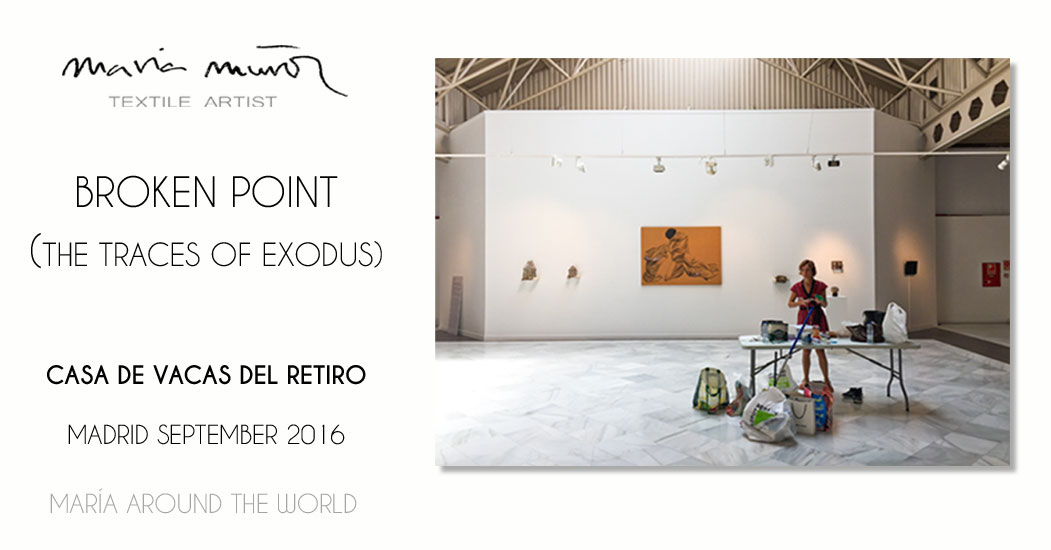 Posted at 21:22h in Maria around the world by jotape 0 Comments
0 Likes
Share

From September 2nd to October 2nd 2016 can be visited in Madrid the collective art exhibit Broken Point: The Traces of Exodus (Punto Quebrado: Las huellas del éxodo) which exhibits in the Casa de Vacas Cultural Center in Retiro, Madrid, where the works of the artist Maria Muñoz can be seen.

In the display, organized by the World Textile Art and the Association of Cultural Management ID arte, was presented for the first time in Spain last April in the Jorge Rando Museum of Malaga. In which the most featured representatives in the fiber art of Spain participated, a group of artists whose common link is the use of textile art as media of their artistic expression.

Contemporary spanish textile art is being confirmed by the quality of its artists and exhibits, like the one being offered this month in the Casa de Vacas in Retiro, outstanding in the actual artistic international scene, for its capacity of putting together the tradition that resides in the textile work, as well as in the conceptual search of artistic expression to a level that was until now exclusive of other creative specialties. 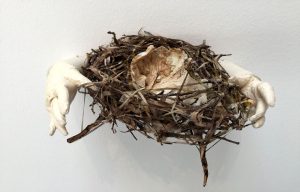 The axis and inspiration of the display “Broken Point: The traces of exodus” evolves around the exile, in which each artist has interpreted in their own way, the tragedy of the forced abandonment of the home. For this occasion Maria Muñoz has elaborated pieces redundant in her recent creations and transports the observer to the poetry of her delicate and gentle works, like her houses with flimsy walls of threads and empty nests, which at the same time contain within themselves something piercing.

This exhibit resounds like a protest cry against the injustice produced by wars and its terrible consequences for the civil that have no other option but to flee from them abandoning all, and in many occasions risking their lives in the escape.