Home > Maria around the world  > Nearby-Faraway 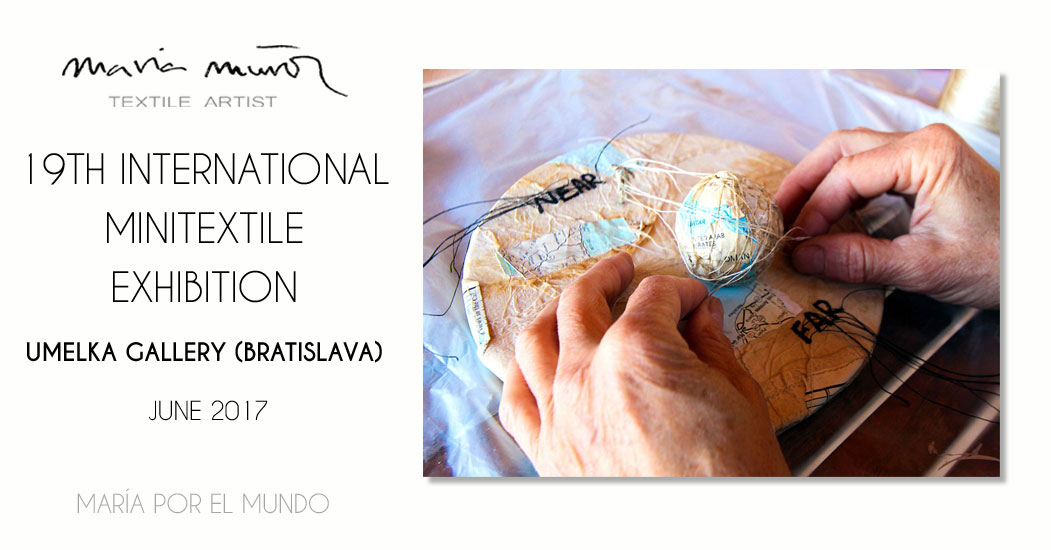 Posted at 20:51h in Maria around the world by jotape 0 Comments
0 Likes
Share

The Slovak Textile Artists Association TXT, organizer of the 19th edition of the International Exhibition of Mini Textile Art in Bratislava to be inaugurated next June 1, has selected both pieces with the title Near-Far presented by Maria Muñoz being the only elected spanish artist among 55 artists from different countries. 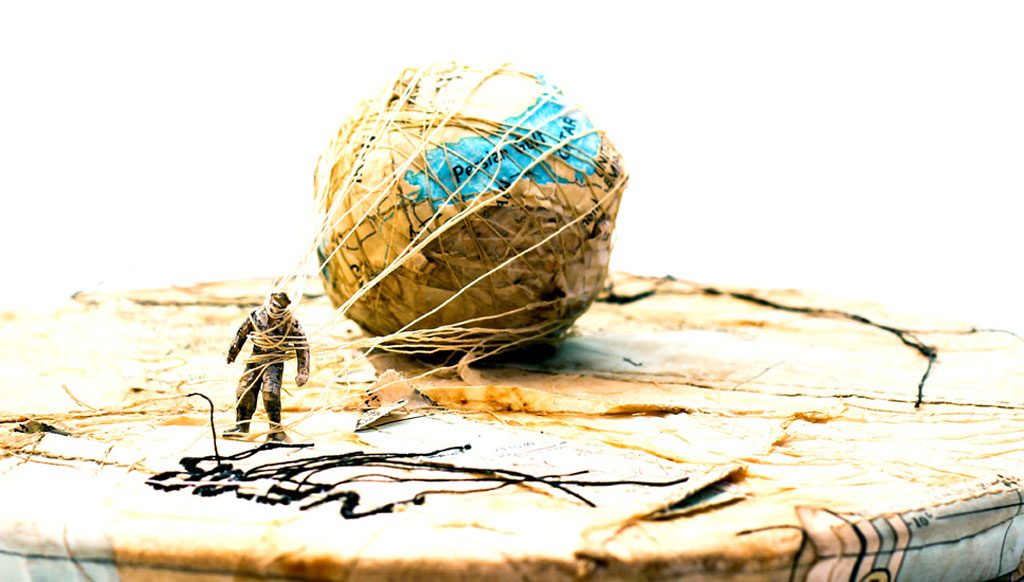 The topic of this year exhibition is Nearby-Faraway. In words of Silvia Fedora, curator of the show: “This phrase is not only a geographical term, but also a relative distance of our knowledge. The media provide detailed information about the people and the countries thousands of kilometres far away, conveying proximity, but do we really know them? And conversely, we sometimes perceive other, frequently well-known objects or situations from a distance because we do not want to accept them. It is a way of communicating despite distances and differences, it reflects a deep interest in exploring, and openly accepting the unknown…

Our ambition is to examine the theme and break the inner barriers.” 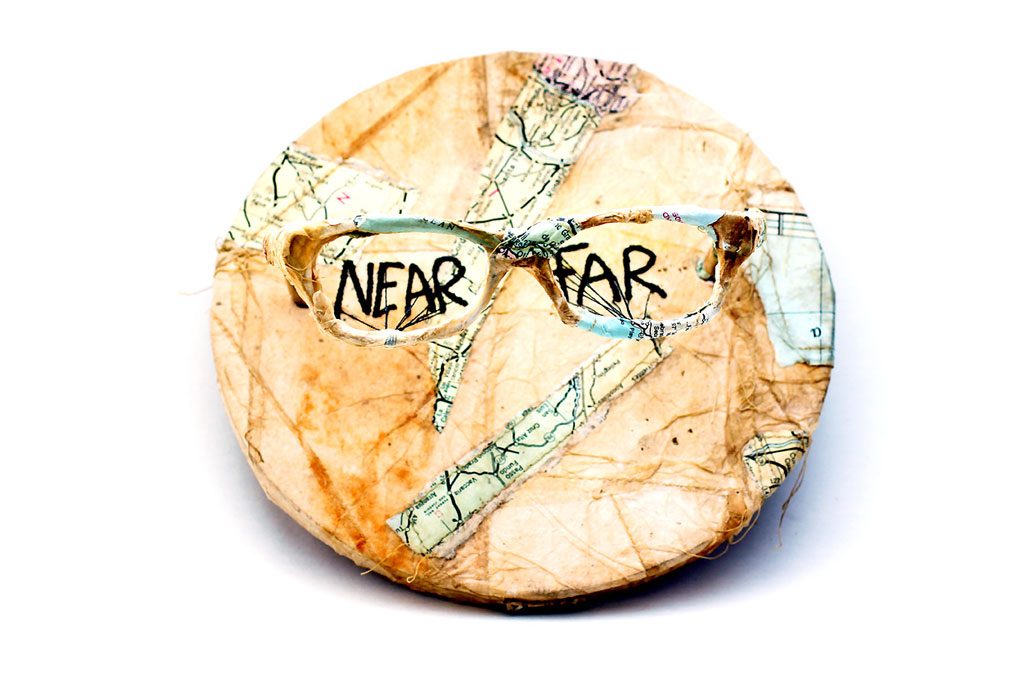 In today’s world tragedies are drawn on maps in a random way; Walls rise built across the territory to separate and disconnect, to avoid that the world of comfort is contaminated by that world of suffering, to try and split the distant from the next. 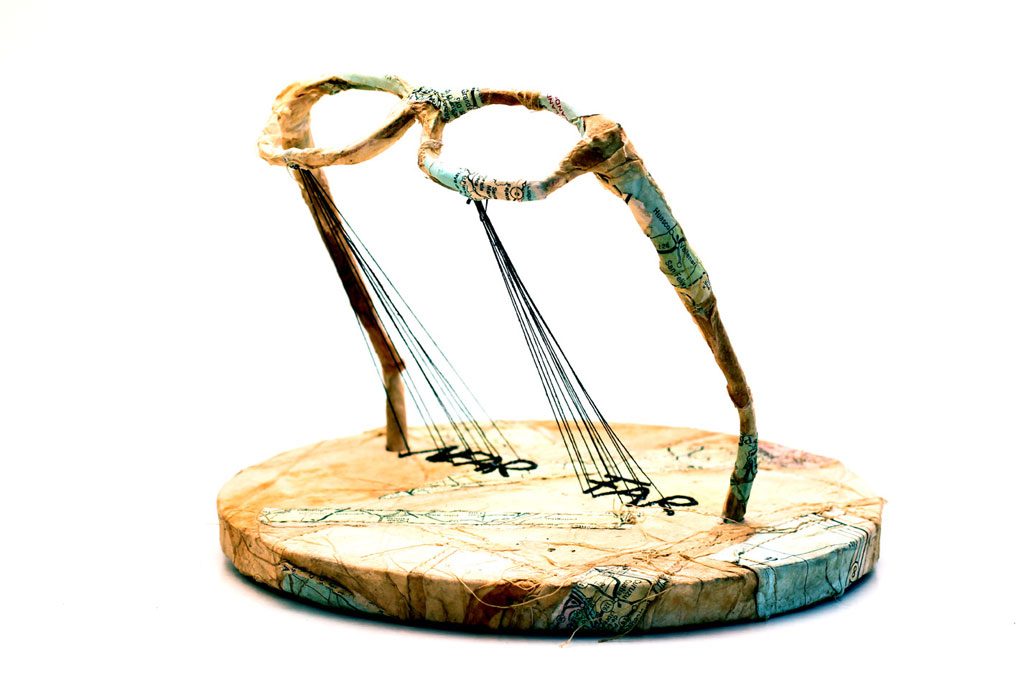 Territories are thus divided into spaces that belong to chance, cut on the surface of a planet that was born without frontiers.

These pieces represent a same desire to come together of those two worlds on the debris of a map without borders. 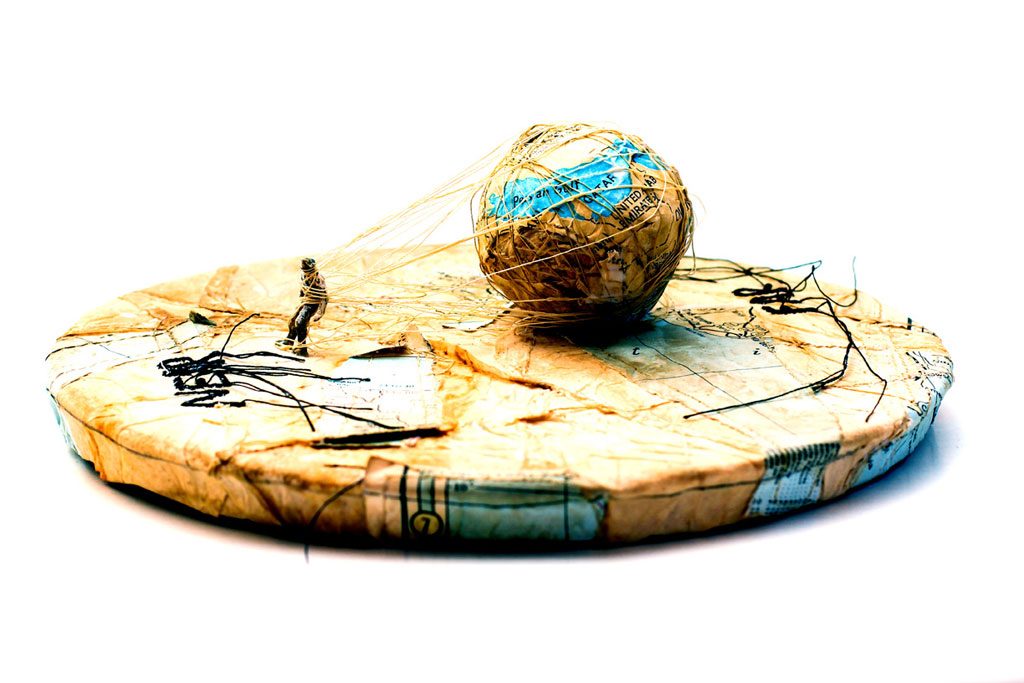 Media Near/Far-1: Glasses and base of wood wrapped with tea bags and maps with embroidery in cotton thread.