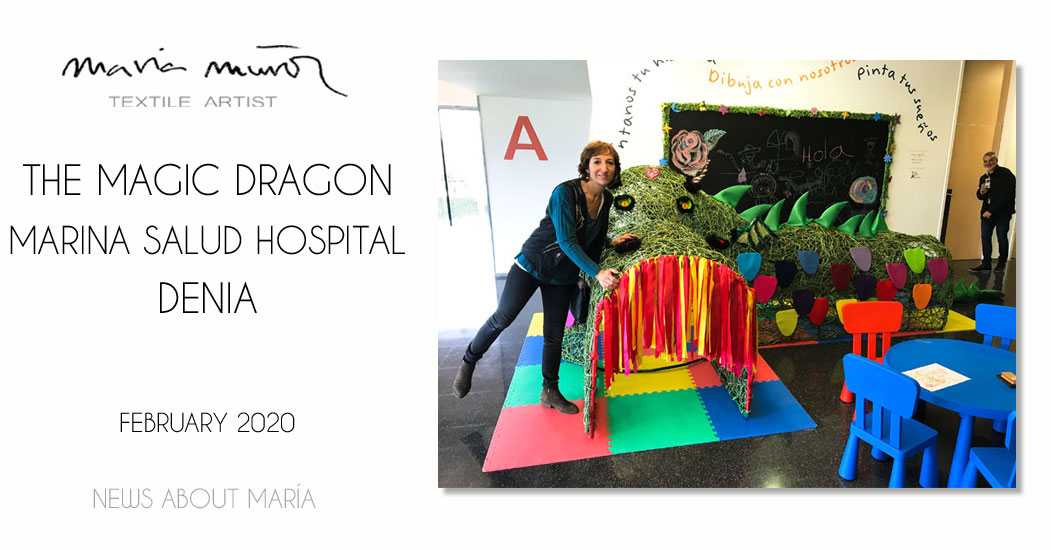 Posted at 18:26h in News about Maria by jotape 0 Comments
0 Likes
Share

At the pediatric department of the Denia Marina Salud Hospital, as happens around the world, sick children arrive with very different ailments, some more serious than others. There is nothing more touching than a sick child, everyone would wish to possess magical powers to cure them and help the doctors work.

For this purpose the artist María Muñoz has designed the Magic Dragon, a huge dragon in whose interior children will be able to enter and be revitalized with the infinite mythological strength of the dragons, a very powerful source of magical power, of which they may be fed while waiting to be seen by their doctor.

The most important thing about the Magic Dragon is its emotional and healing strength rather than its physical form, just as a curiosity we will say that it is made by weaving vegetal fibers, a very traditional technique in the Marina Alta of Alicante, where the Hospital is located. It measures four meters long and has a height of one and a half meters. 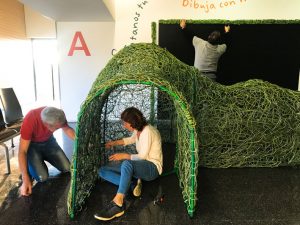 The project has been commissioned by the Help of Marina Alta Association. For the realization of the structure the artist María Muñoz has had the collaboration of Alfonso Gallego, furniture designer, and for the final details the social educator Olga Palomino has carried out some workshops with the children themselves in which scales, eyes and wings have been added to the Magic Dragon giving it its definitive shape. 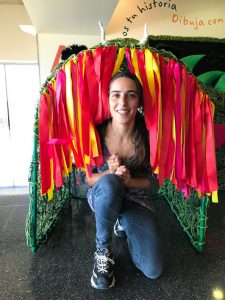 Olga Palomino in the jaws of the Magic Dragon 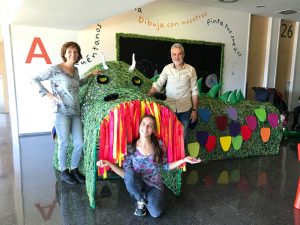 The dragon will also love living in the Hospital as it also needs the closeness of children to recharge its healing power, because otherwise it gets bored and loses magical strength. As the poet said:

For the magic is always invisible

It is the golden thread

Into the tapestry of life 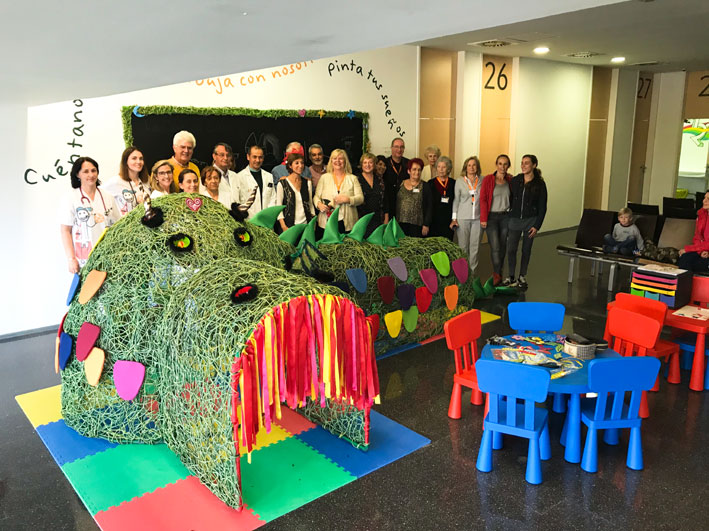 Inauguration of the Magic Dragon